If you're a Mac user, you may already know that the default shell on macOS was bash. But starting from macOS Catalina, bash was replaced by zsh (Z-shell). For those of you who don't know, the shell is the underlying engine of Terminal.app, where commands are translated into system call. 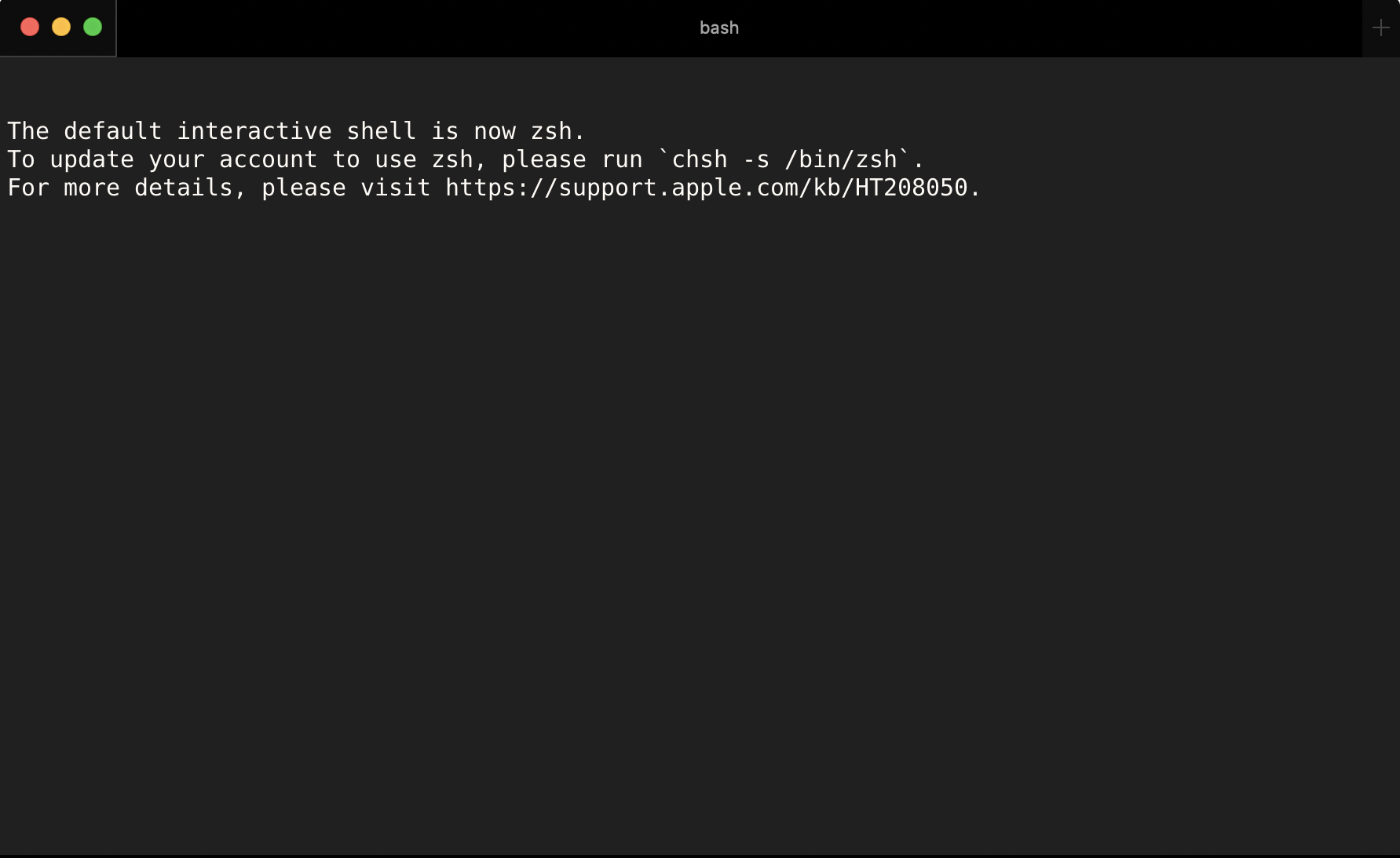 Update the system to use zsh as default shell

In order to update the system and use the default new shell, simply run the chsh -s /bin/zsh command as instructed above

In case you're wondering, chsh stands for change shell.

Alternatively, you can configure the default shell using the graphical interface. 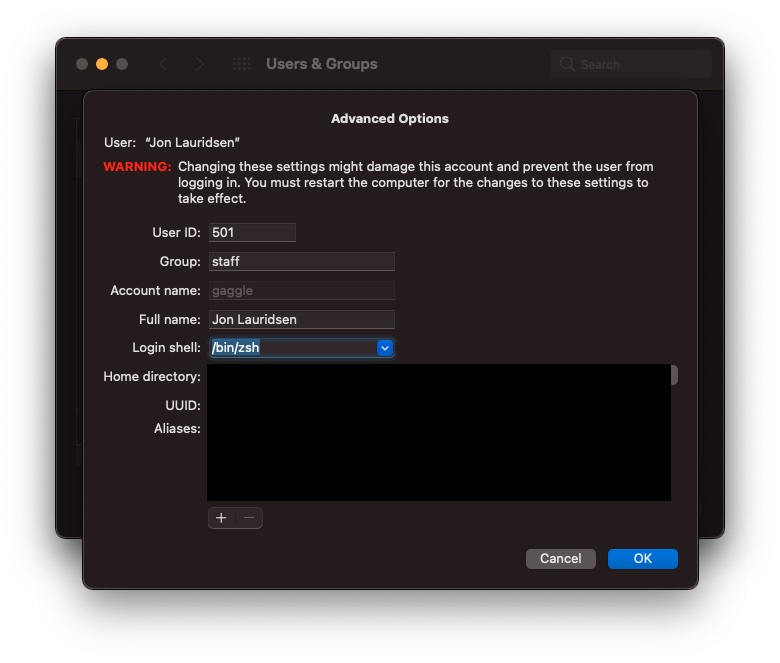 As long as you keep zsh as the default shell, the "The default interactive shell is now zsh" will be hidden. More information about this behavior can be found at https://support.apple.com/en-us/HT208050.

Hide "The default interactive shell is now zsh" and use bash

If you already know that zsh is the default shell and integrates better with the new macOS versions, but for some reason prefer bash, this section is for you.

In order to hide "The default interactive shell is now zsh" and keep using bash, you need to edit $HOME/.bash_profile, $HOME/.profile or $HOME/.bashrc and add the following line.

This can be quickly done with a single-line command.

Usually the BASH_SILENCE_DEPRECATION_WARNING setting in bash_profile alone would do the trick, but a few users reported mixed results, where the "The default interactive shell is now zsh" randomly pops up every once in a while.

In this case, edit /etc/profile as root and add the same line into it to enable the setting system-wide.

The reason behind the move from bash to zsh is as newer versions of bash are licensed under GPLv3 since version 3.3. Apple has kept clear of using GPLv3 packages in macOS as the license is generally more restrictive to companies like Apple that sign their own code and it includes explicit patent grants, too. Apple is stuck using version 3.2 of bash, which was released way back in 2006.

If you want to keep using bash as well as get rid of the warning message, just switch to use the bash shipped by homebrew (currently v5.0.18), which does not include the piece of code Apple added to show the "The default interactive shell is now zsh" warning

First of all, install homebrew if you haven't already. Detailed instruction is available at https://docs.brew.sh/Installation. Related : brew: command not found – possible fixes

Once homebrew is installed, run the following one-liner to update bash:

We hope that this guide has helped those of you who want to hide "The default interactive shell is now zsh" in Terminal on macOS, as well as troubleshooting problems with the default bash shell. If you do have questions, feel free to leave a commen below, we would love to hear about your experience. ❤