Ubuntu Linux has been prevented users from moving their computers into hibernation mode for a while. In many cases, people do not use Hibernate because it doesn’t work or they prefer to suspend instead.

Hibernate has the advantage that it shuts down most parts of the computer to being low-power, which means that the laptop battery will last longer.

In Ubuntu Linux, Hibernate mode can be enabled easily by changing a few settings.

Hibernate vs Suspend in Ubuntu

Ubuntu Linux users often confuse "Suspend" and "Hibernate". Suspend and Hibernate differ in how they manage power when your computer goes into "low-power mode".

The "Suspend" button on your KDE or Gnome desktop causes the computer to become semi-awake. All data and instructions are still stored in the RAM, and the device switches to low-power mode. Your laptop’s battery will still be drained or use energy as long as your Ubuntu machine remains in this state.

Hibernation, on the other hand, does not use any energy. If Hibernate is enabled on your Ubuntu Linux PC, its state is stored on the hard drive and is transferred to a frozen state.

Both Hibernate and Suspend have their own benefits.

The benefit of suspend is that it can be resumed very quickly if you are always using your laptop. In contrast, if you want to save battery life, Hibernate is a better choice.

Check if Ubuntu Hibernation can be enabled

We recommend first checking that your Ubuntu installation supports hibernation before making changes to system settings. You should back up all your important data in case something goes wrong and the computer cannot recover to its previous state.

Once the computer has been completely shut down, turn it back on. When all your applications are open again after restoring the computer and the restore process itself is relatively fast, then Ubuntu hibernation is working, otherwise it isn’t.

In case hibernation doesn’t work, make sure your kernel is supporting hibernation. You can do this by looking at /sys/power/state contents: 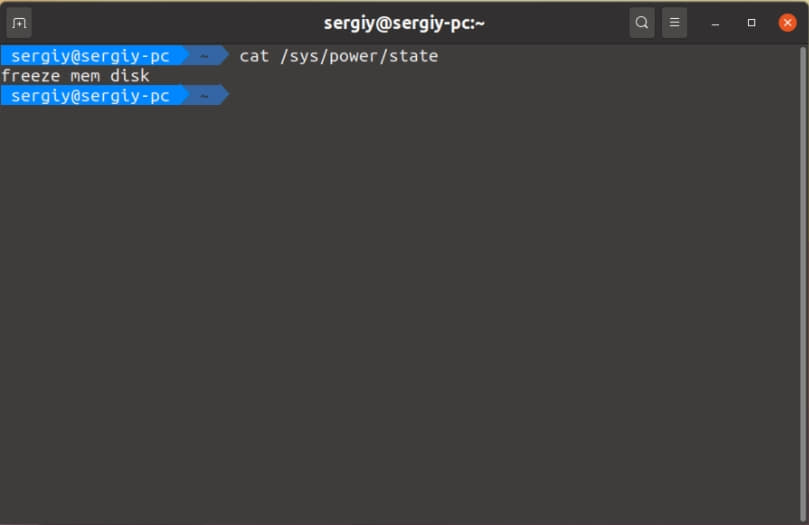 In the terminal output, you should see the word disk if hibernation is available. The disk part indicates that we can suspend the entire system to disk.

If you see disabled instead of disk in the output, check your Secure Boot settings.

Next, make sure that you have enough swap space to store the entire RAM contents.

The following commands will show you the information about how much RAM you have, the currently free disk space and existing swap space. 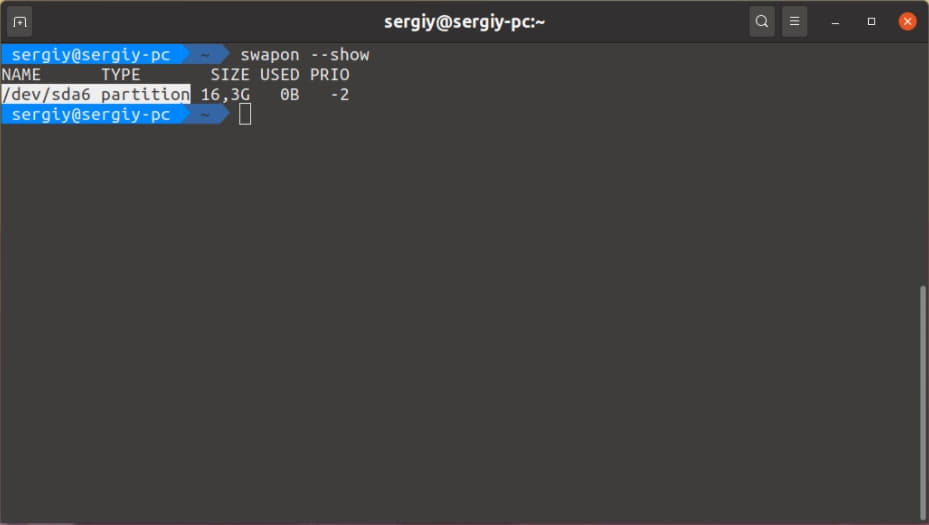 Make sure that you’re using a separate swap partition instead of a file. This can be determined by looking at swapon --show output. If the name is something similar to /dev/sdaX, you’re good to go.

You can get more details about swap with: lsblk | grep SWAP. The output will look something like this.

Note : File-based swap still works with hibernation, but it’s not really stable and can suffer from disk fragmentation.

If you don’t know how to create a swap partition, check out this tutorial.

Using Hibernate inside Ubuntu Linux requires installing a package. It includes a set of scripts to handle system suspend and resume, includes Hibernate.

After you open the terminal window, you can use apt-get to install pm-utils

Hibernate is available once the pm-utils package has been installed on your Ubuntu computer. To check this out, go to the terminal and type the following command.

Set up resume point with GRUB and initramfs

By now the swap space has been created, we can now tell the kernel where to "resume" system state.

We must first update our GRUB configuration.

Run sudo nano /etc/default/grub in a terminal and look for GRUB_CMDLINE_LINUX_DEFAULT variable. This is the list of kernel parameters that are passed on boot. Most likely, it will be set to quiet splash. 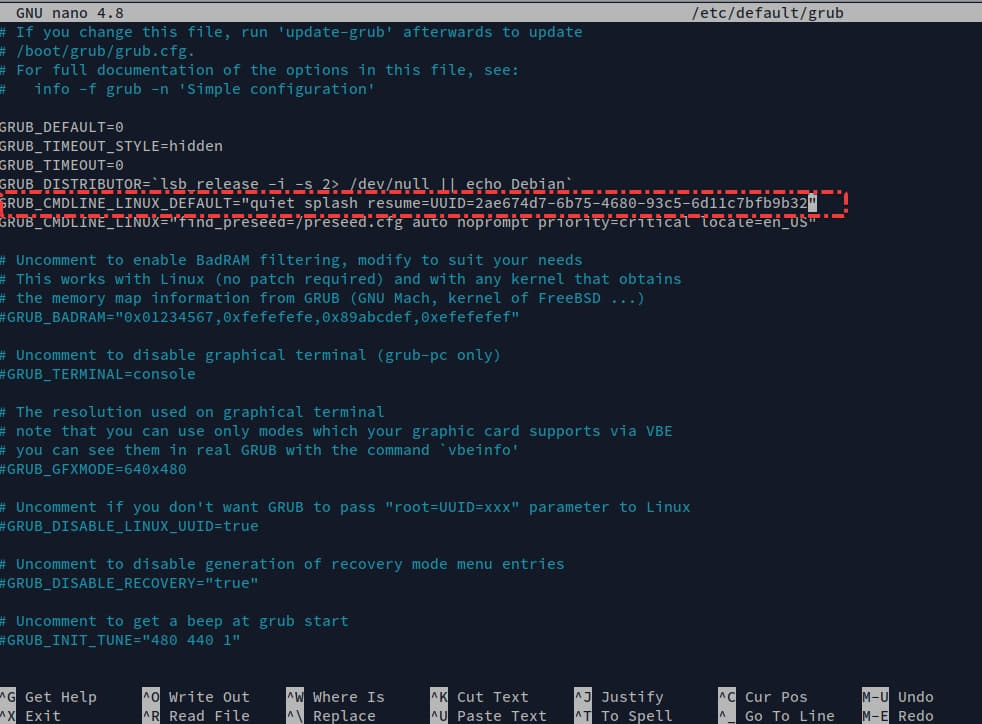 Update grub to for the changes to take effect by running

We’re also going to need to regenerate the initramfs and provide it the resume parameter:

With pm-utils installed, you can now put your computer into hibernation mode. There is, however, no way to use it other than running pm-utils via the terminal. Normal users will find this inconvenient.

It would be a good idea to include a "Hibernate" button or shortcut if you regularly use this feature.

First you need to edit com.ubuntu.desktop.pkla file by running the following command

Copy and paste the below lines to the file and save it.

Next, Log out or Restart your system and you’ve done.

After you login, you’ll see Hibernate option in your system Menu above in the tray. 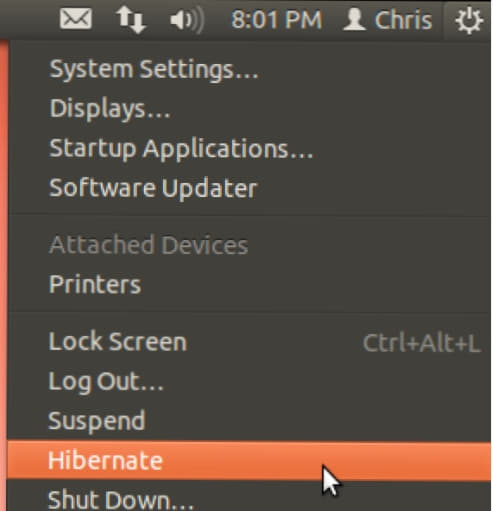 Ubuntu Firewall - besides ufw
How to format JSON in VSCode
How to install Timeshift in Ubuntu
"The default interactive shell is now zsh" message - Everything you need to know
brew: command not found - possible fixes
How to fix "Shadows name from outer scope" in PyCharm
Prettier not working in VSCode - possible fixes
Import data into RStudio