Do you want to know more about Notepad++ Extended Search?

Search and replace is familiar with almost anybody who have touched a computer. It's easy and obvious to replace a string with another. But you can do much more complex operations than that, thanks to advanced find-and-replace feature added to modern text editors like Notepad++.

This article will show you how to use Notepad++ Extended Search and a few common examples. For example, you can replace strings that contains special characters such as NULL (empty) or Carriage Return.

What can I do with Extended Search in Notepad++?

According to official Notepad++ User Manual, Extended Mode allows you to use escape string (backlash) followed by a character to find and replace special characters.

In other words, whenever you enable Extended Mode, Notepad++ will look for escape codes in the table below and translate it to the special, non-literal value in "Translated Character" column.

Within Unicode-encoded files, you can even find a character using its Unicode code-point with limited support for only U+00xx (xx ranging from 00 to ff).

What I cannot do with Extended Search?

On Windows, a new line is marked using a Carriage Return (CR) followed by a Line Feed (LF) control characters.

On the other hand, Linux marks a newline using only a LF.

You can look at the lower right corner of Notepad++ window to know how your files was encoded. In this example, we're operating on files encoded in Unix style (LF newlines). 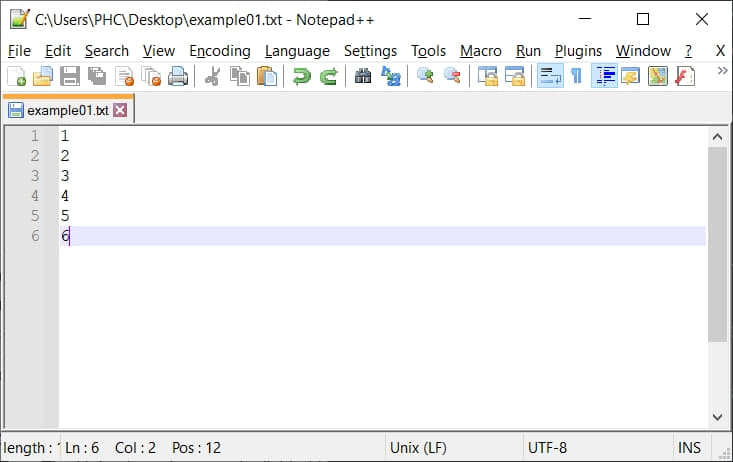 In order to put everything in one line, you would have to replace all newlines with a blank character. First, open up Search and Replace by pressing Ctrl + H.

Make sure you selected Extended Mode in Search Mode and checked Match case. 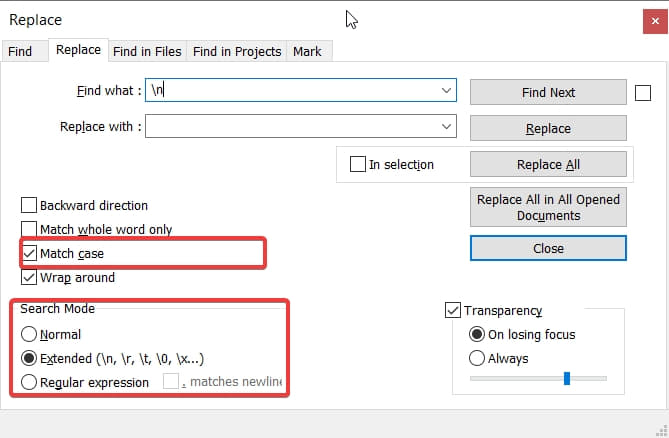 Next, input \n into Find what box and make sure Replace with box is clear. Now click Replace All and everything is on one line only. 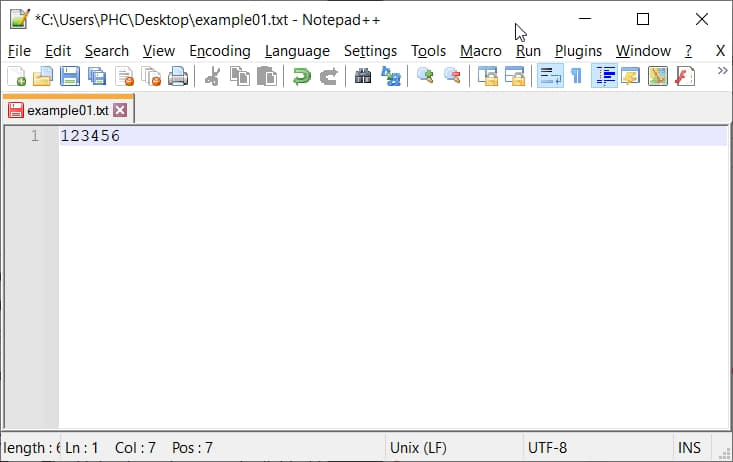 Suppose we have the code snippets below and want to replace tabs with spaces.

Now that we know \t represents a TAB character, we follow the same process as in the example above, you need to open up Search and Replace first by pressing Ctrl + H.

Make sure Extended Mode and Match case are selected. 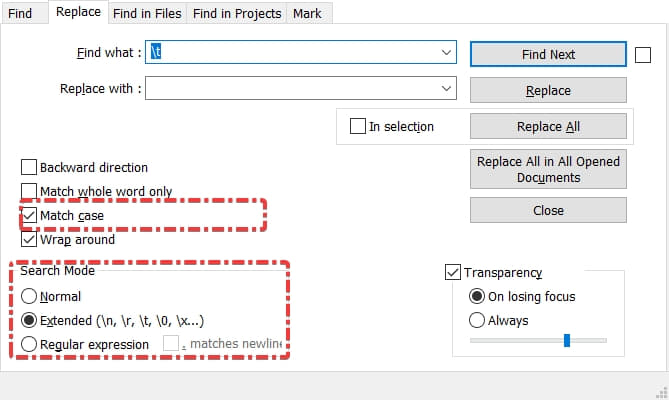 In order to replace every tab with four spaces, input \t into Find what and four spaces into Replace with. Now click Replace All and watch the results.

Suppose we have a few "dagger" characters in the file content which we want to get rid of. Since this "dagger" character sits in the range that Notepad++ Extended Mode supported, we can leverage this to quickly search and replace it.

First, open up Search and Replace using Ctrl+H like you would normally do. You need to replace \u2020, which is the Unicode code-point of it with nothing. Please look at the image below and see what I mean. 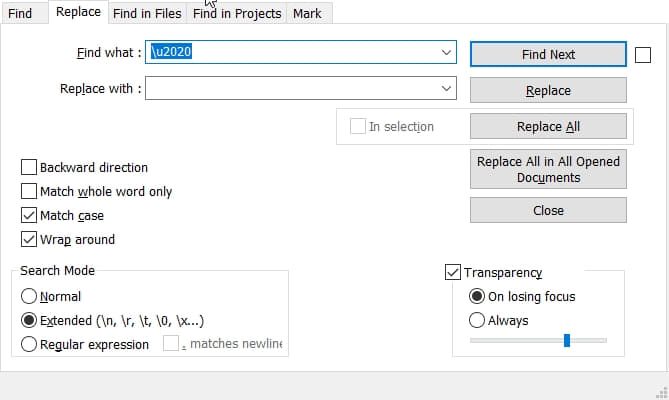 Press Replace All and voilà, all "dagger" characters removed.

Related posts:
4 Spell Check Extensions for VSCode
How to fix "E: Unable to locate package hostapd" on Linux
How to download an album from Imgur
Delete a git submodule
IntelliSense doesn't work in VSCode - possible fixes
Fix "E212 Can't open file for writing" in Vim
How to quickly collapse code blocks in VSCode
How to use awk if else statement
Click to rate this post!
[Total: 39 Average: 4.9]
You have already voted for this article