Linux operating systems are already extremely popular and have a wide range of applications. You may see it in PC, smartphones, embedded devices, routers, NAS boxes, etc., but Linux was originally designed for using on servers. Thanks to its secure architecture and free license, it became the best option when it comes to servers, mainframes, and supercomputers.

But there are a huge number of Linux distributions and you need to choose which one fits your project. Each Linux distribution has its own characteristics and advantages, as well as disadvantages. In this article, we’ll take into account each of them so you can make an educated decision in your specific scenario. Now let’s move on to the list of the best Linux distributions for the server.

The best OS for Servers are Linux based, why?

Many sysadmins prefer Linux for security and permissions. From well-known distributions like Ubuntu to niche releases like Kali Linux, there are tons of choices. So how do you find the best distributions for your home server?

Most focus on security, stability and resource consumption. Moreover, many Linux home server operating systems include a specialized set of features. These tools are designed to make it easy to create and manage your server.

While some Linux distributions are designed for server use, any Long Term Support (LTS) distribution should do the trick. These LTS releases are backed by three years of support. Therefore, like server hardware counterparts, LTS distributions provide maximum reliability and stability.

Also, consider what you’re going to do on your server. For example, Plex is available on an array of Linux distributions. It should install correctly on any Debian based release as well as FreeBSD. But the software requirements depend on the type of server.

If you are using a media server, you will be using different programs than if you were installing Linux Minecraft server. Wine does provide support for Windows applications, but check your software requirements before choosing a Linux server distribution.

Ubuntu is perhaps the most recognizable name in Linux. As a Debian-based Linux operating system, Ubuntu is one of the best Linux home server distributions.

There are several flavors, but Ubuntu Server ranks among the best Linux server distributions. It has five years of commercial support, and compatible to most popular packages and easy to use for newbies.

One can say that Ubuntu Server or LTS as an entry-level Linux server distribution.

The latest version of Ubuntu adds the Vscale service, aimed primarily at developers. It supports updated versions of programming languages with their tools. There is support for Kubernetes OpenStack and Newton, as well as MaaS 2.0 and Juju 2.0 updates to work with Canonical Metal-as-a-Service.

A module has been added to the kernel to support the ZFS file system, thereby increasing the amount of stored information and improving hashing algorithms. 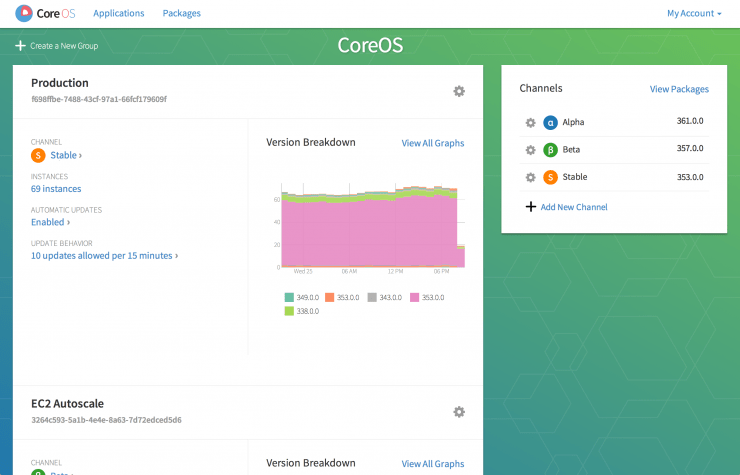 Container Linux (renamed from CoreOS in 2016) is a Linux distribution revolves around supporting containers. This open source OS ranks among the best Linux server distributions at the moment thanks to its support for container deployment. Container Linux focuses on clustered deployments, automation, ease of application deployment, security, reliability and scalability, specifically designed for use on servers. It includes documentation and support for Kubernetes, Docker, and rkt.

Unlike traditional Linux distributions, ContainerOS lacks a package manager. All applications must run under the form of containers. In addition to local installation, Container Linux can be run in virtualization environments such as Azure, VMware, and Amazon EC2.

If you’re not a fan of containerization, you can skip Container Linux. But for those who are already comfortable fiddling with Docker and Kubernetes, Container Linux is a no-brainer. 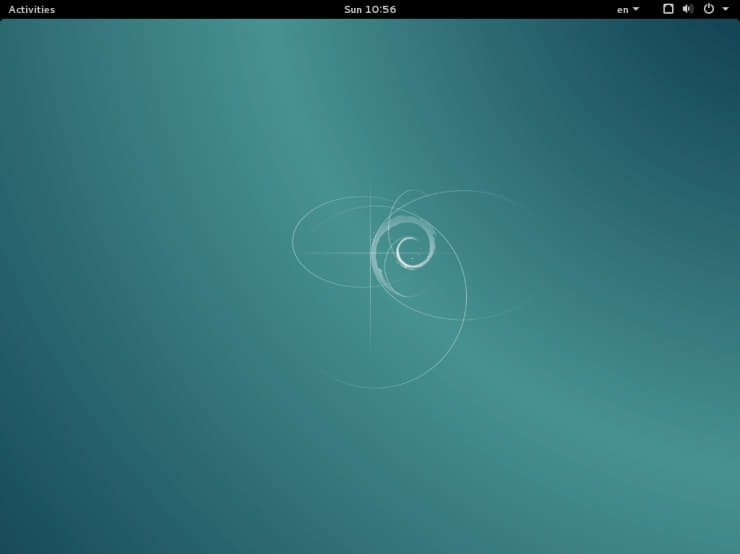 Debian is one of the oldest Linux operating systems, debuting in 1993 and boy, Debian has impressive stability. The most recent version, Debian 10 comes with stable versions of Perl, Python, Apache, and Xen Hypervisor and the latest Linux kernel. Each version of the operating system has an extended five-year support cycle.

Although the distribution does not have paid support, users will be able to ask for help from consultants from all over the world, whose contacts are posted on the Consultants page. The Debian community was able to make the transition from SysVinit to Systemd in the lát few years.

Debian is available in three branches – unstable, testing, and stable. The unstable and testing branches consist of features and packages that haven’t been thoroughly tested yet. If you want stability, opt for the stable branch as its packages that have gone through months of review before upon approval. 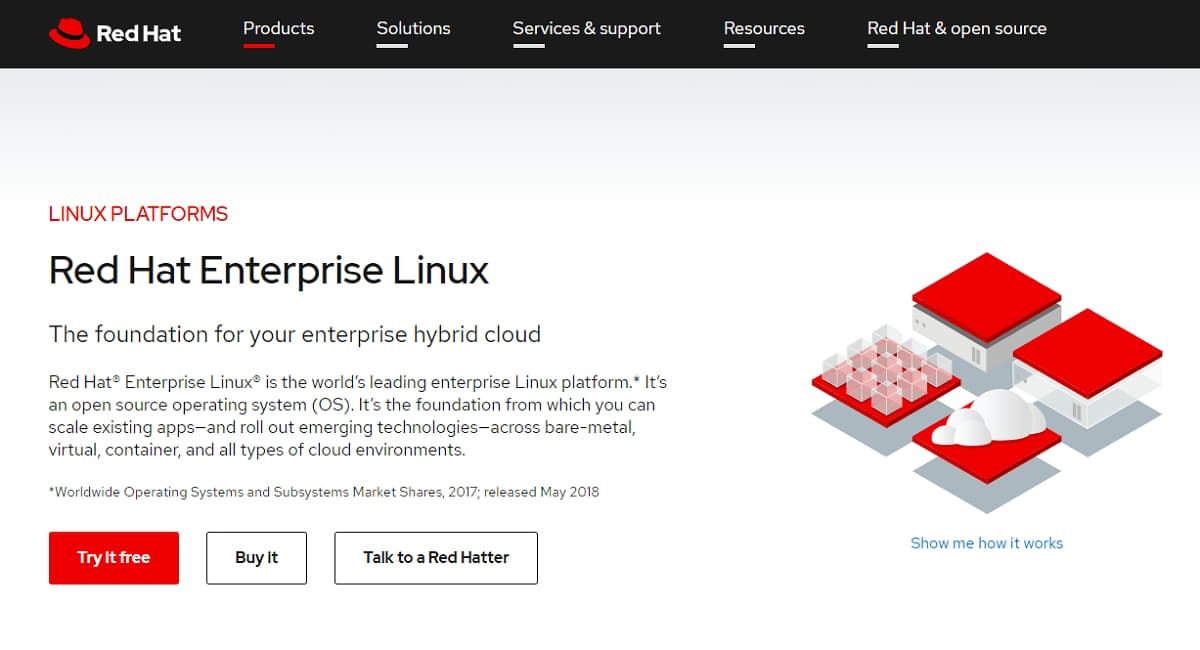 The history of Red Hat began as a small company to create a commercial distribution. It is now a powerful server operating system that plays a significant role in the development of open source software, even more so than Canonical.

Red Hat developers are actively involved in the development of open source software, they even have their own infrastructure for building web applications based on Red Hat Linux – OpenShift.

Red Hat Enterprise Linux (a.k.a RHEL) is now being used actively by a huge number of companies around the world. It is equipped with not only the latest, but also proven technologies. Red Hat provides support and security fixes for each release of RHEL for ten years.

Red Hat Enterprise Linux is based on the Fedora (community-developed distro) and sponsored Red Hat distribution. Fedora is updated more frequently than RHEL, but it lacks the stability and commercial support that Red Hat has. Fedora only serves as a testing ground for new features and technologies that will later be incorporated into Red Hat.

The operating system has only one drawback – it is commercial software. 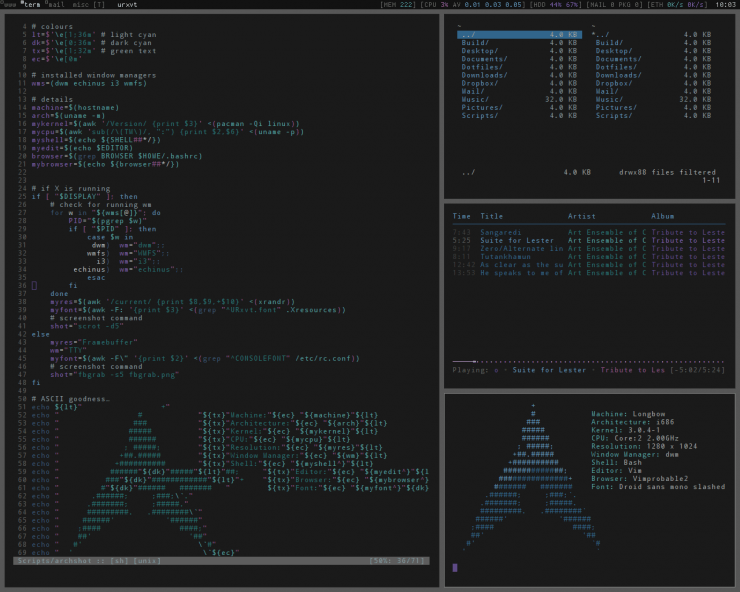 Reduced power consumption is a major benefit, especially for always-on machines. Therefore, Linux operating systems for servers must use little resources. In order to achieve that, proper resource allocation is key to server uptime and efficiency.

Arch Linux is a simple, lightweight distribution that adheres to the KISS principle (Keep It Simple, Stupid), which the users are given complete control over everything.

Similar to Gentoo Linux, Arch also uses the rolling release principle, which allows a one-time installation with continuous upgrades. So system packages can be updated to stable release versions as long as systemic package breakage can be reasonably avoided.

In companion with Arch Linux itself is ArchWiki – a massive repository of everything you need to know to get started with Linux generally. ArchWiki even has a dedicated Server category. In there you can find out everything related to configuring Arch Linux as the operating system for the server. Instead of releasing a separate version of Arch Linux loaded with server-related software, you can follow step-by-step guides on ArchWiki to install everything you need on demand.

openSUSE is a Linux distribution specially designed for system administrators and developers. SUSE is one of the oldest Linux distributions available. It debuted shortly after Linus Torvalds created Linux. However, SUSE remains relevant. The open source iteration of openSUSE received a major update in 2015. OpenSUSE modeled itself after SUSE Linux Enterprise (SLE) in 2015.

There are two branches of openSUSE: Leap and Tumbleweed. The Leap version has a longer release cycle while Tumbleweed is a rolling release. Therefore, Tumbleweed is suitable for advanced users, providing the most recent important system parts such as Linux Kernel and Samba. Leap is suitable for those who want stability as the operating system is maintained through updates.

By moving away from the nine-month rolling release cycle and focusing on stability, as is the case with SLE, openSUSE is becoming a viable Linux environment for servers.

openSUSE is more suitable for advanced users such as system administrators. It focuses on easy installation of web servers. System administrators can take advantage of tools such as Kiwi, YaST, OBS, and openQA. OpenSUSE’s versatility makes it one of the best Linux operating systems for servers. In addition to its server-side capabilities, openSUSE maintains a pleasant desktop environment.

If you are ambivalent as you read the words "Oracle Linux", then you are not alone. Oracle – one of the largest multinational tech giant – has developed its own version of Linux. In fact, it is a fork of RHEL combined with several additions from Oracle.

Oracle Linux is certified to work with a wide variety of hardware from various manufacturers such as Lenovo, IBM, and HP. Oracle Linux uses Ksplice to enable hot kernel patching, therefore increase kernel security. The OS also includes support for KVM and Xen virtualization under the Oracle Linux Support program, while other Oracle products are only supported under the Xen-based Oracle VM Server for x86. 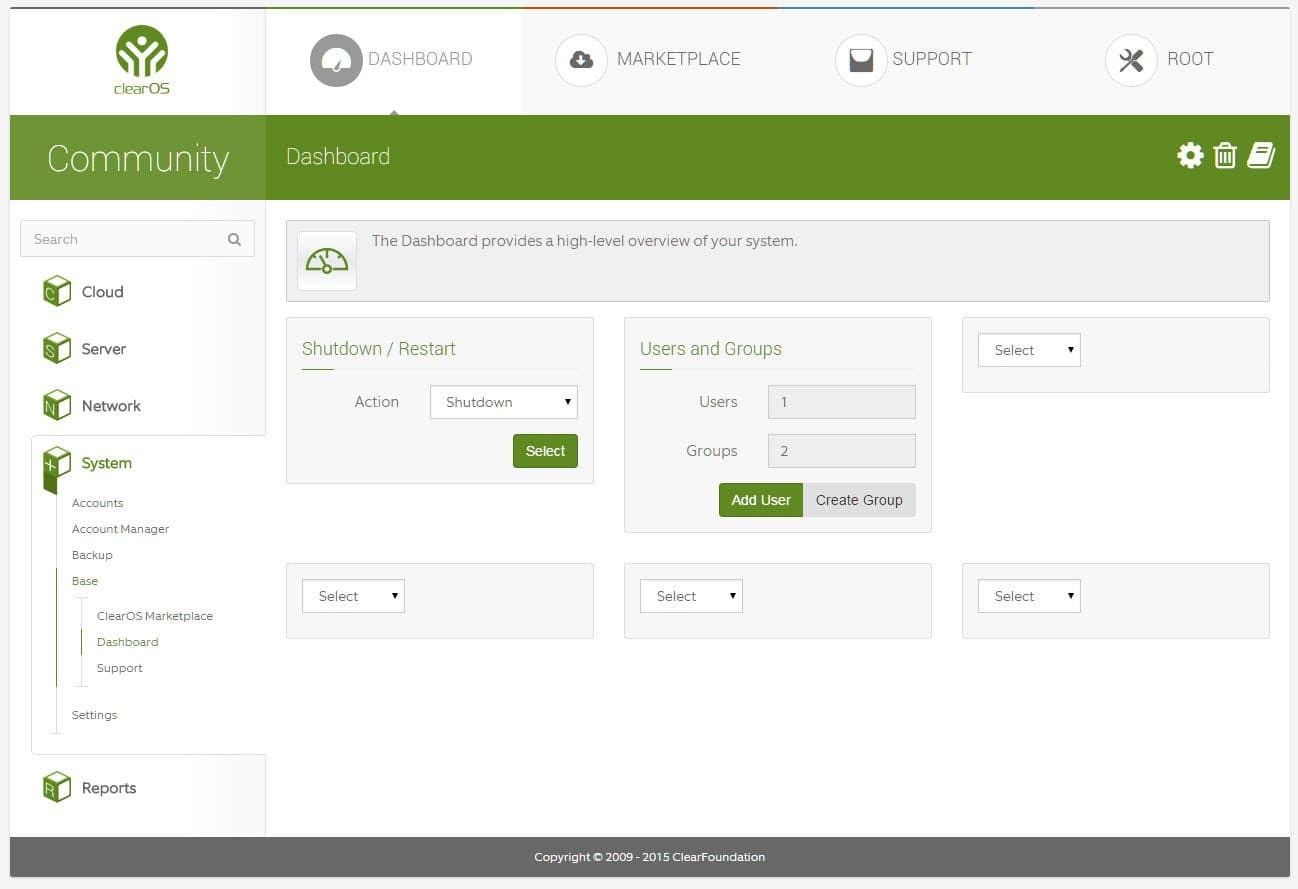 ClearOS is an open source distribution based on Red Hat Enterprise Linux and CentOS, built by HP Enterprise and Clear Center.

The OS targets home users and small businesses and it is optimized for running on the lower end of the HP ProLiant line.

In addition to the commercial version, there is ClearOS Community Edition, as well as a low-cost professional version, which has technical support and a number of additional features.

The latest major release of ClearOS became available for download in June 2020. 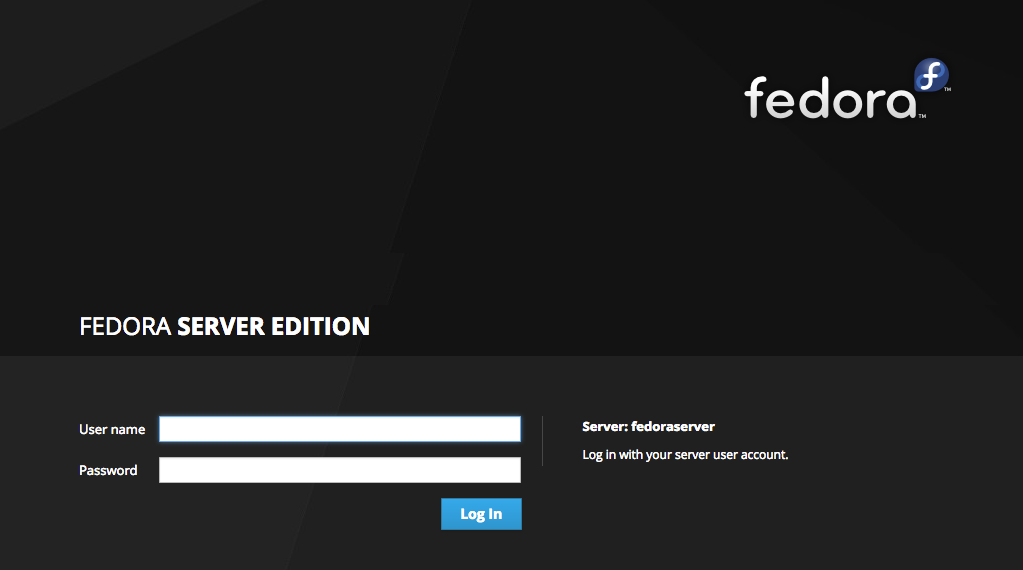 Fedora Server is a short-lifecycle, community-supported server operating system, where you can experience latest technologies available in the open source community.

Backed by Red Hat, the Fedora Project receives regular updates as well as security fixes. New versions of Fedora Server tends to be released every 6 to 12 months and be supported in the next 2 years.

In exchange for the short lifespan, you will get to experiment with latest technologies pre-built into the OS, without you having to configure them yourself. An example of this is if you’re launching your server in the Amazon EC2 cloud (or any other cloud)–Fedora Server will take advantage of cloud-init to initialize things at boot.

By default, a graphical user interface is not included in Fedora Server. However, if you do not plan to use the server in unattended mode, you can install one of them at will. 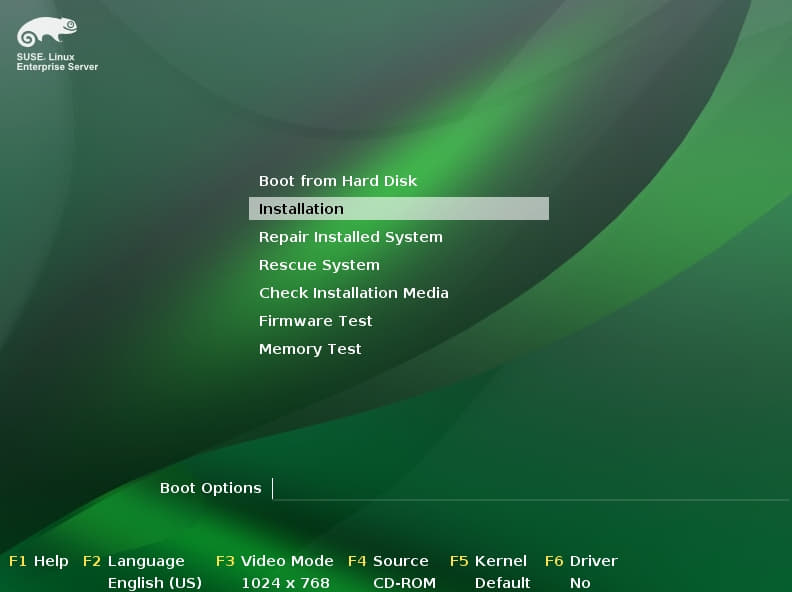 SUSE Linux Enterprise Server (SLES) is a commercial Linux distribution which is developed by the same team that created openSUSE. The difference between openSUSE and SLES is that the latter comes with better support and stability.

Docker support as well as full disaster recovery were added since SLES 12 released back in 2014. The latest version – SLES 15 SP2 updates the kernel, PostgreSQL, Samba, Salt and many other critical parts of the operating system. SLES 15 is supported all the way to 2031.

How to install GNOME Desktop in Debian
MSI X-Boost explained
Nahimic Service - everything you need to know
How to install rclone on Ubuntu 18.04
Wine registry in Linux
5 free and paid services for comparing documents
Remmina for Windows: Solution and alternatives
How to Install OpenSSL in Ubuntu