While not being pre-installed on every macOS device, it’s a third-party package manager that administrators never knew they needed until they tried it out

The lightweight package manager is based on Ruby and uses GitHub to fetch installs, update apps, and add repositories where developers can add applications to be managed through command-line interfaces.

When users are attempting to install Homebrew, they can encounter an error message that says "brew: command not found". This article is going to show you a few possible fix to the error.

Why "brew : command not found"?

If you receive the "brew : command not found" error, the brew executable binary isn’t in one of the directories listed in your PATH environment variable.

PATH is the most common environment variable. It stores a list of directories that are searched for executable files.

Often when a software does not work as intended, reinstalling it from scratch may be the way to go.

In order to properly uninstall Homebrew, we have to use its official script by opening up a Terminal window and run.

The command above is taken from Homebrew official Github repo

Once the uninstall process has completed, head over to Homebrew official website and carefully copy and paste the one-line installation command and paste it into Terminal.

If you’re wondering why the command includes /bin/bash instead of ruby, the answer is Homebrew installer has been rewritten in Bash recently to ensure better compatibility.

The Homebrew installer does automatically add brew to PATH, but sometimes, the process may have been interrupted and cause "brew: command not found".

Therefore, if you do not have the brew environment variable configured, the following steps must be taken:

If you’re using a new Mac which is powered by Apple M1 processor, Homebrew installer may show you the instruction to add brew to zsh configuration file, named .zprofile.

The reason for that is ARM version of the Homebrew must be installed in /opt/homebrewinstead of the usual /usr/local/homebrew.

You can solve "brew: command not found" on your Mac M1 by carefully copying and running each line in the instructions. In my case, it is:

The first line adds the brew shellenv line to your shell startup file, while the second actually changes your current shell session environment so that the changes take effect immediately.

You may wish to add brew to your .zshrc, too

Users online have reported that if you didn’t have XCode on your system, Homebrew may not work. Follow the steps below to install XCode on your macOS.

Step 1 : Check if you have already installed Xcode by running the following command in your terminal

If it prints something like below, XCode is already installed. 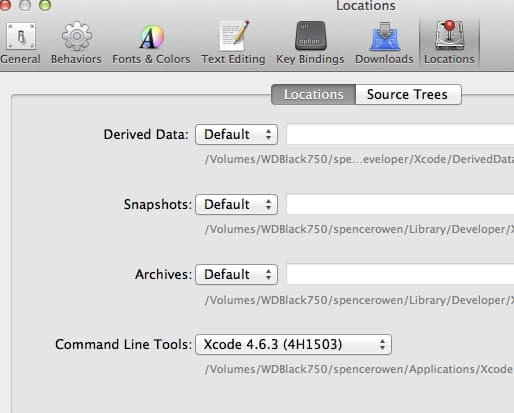 Step 4 (Optional): If you’re using a Mac M1, run the following command, then close terminal and reopen the terminal again

We hope that by the end of the article, you now fixed the "brew: command not found" error message on your macOS device.

If all the methods above does not work, you can always raise an issue at Homebrew Github repository for help from the original developers. How to install uTorrent on Ubuntu
Best SNES Emulator for Linux
The best OneDrive clients for Linux
How to fix cURL "Invalid certificate chain" error
5 Markdown Viewer for Chrome
Fix apt-get: Could not resolve archive.ubuntu.com in no time
unistd.h on Windows - everything you need to know
Object of type is not JSON serializable in Python