This article will list out the best open source CMDB software that are actively developed and maintained in the market at the moment. 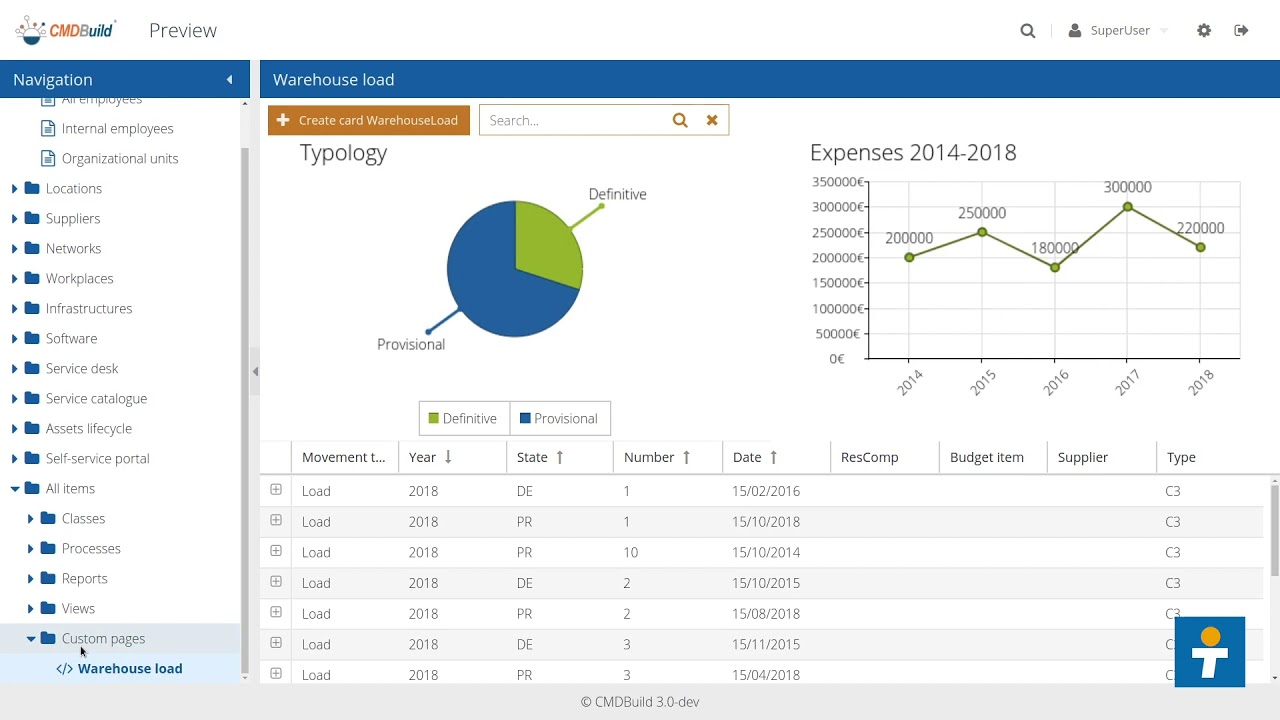 CMDBuild is a flexible open source web-based software that allows you to configure custom applications for asset managements. In other words, it manages your database of digital assets, like technological infrastructure, leased machines, business resources, etc. CMDBuild allows you to design ITIL compliant workflows.

CMDB is released under the Affero GNU Public License and is available for free at https://www.cmdbuild.org/en. 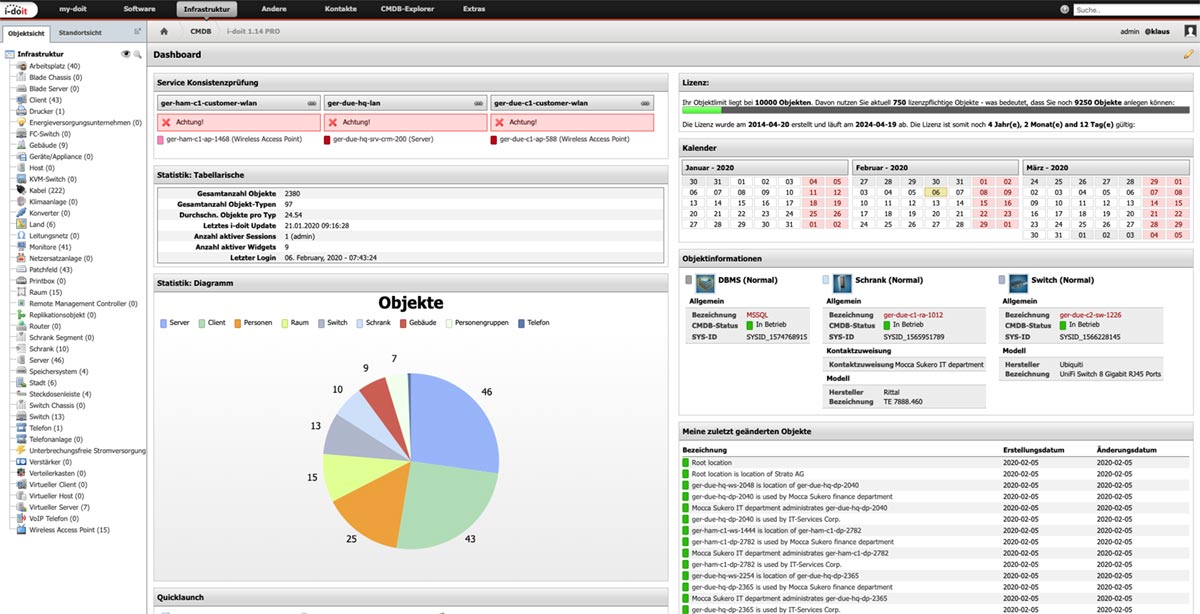 i-doit allows you to manage your entire IT infrastructure based on ITIL guidelines. You can document all kinds of assets and monitor their changes, define an emergency plans inside i-doit, including servers, racks, digital appliances as well as SAN storage, clusters, virtualized or bare-metal systems.

i-doit can be extended to support third-party applications related to ITSM (IT service management), such as Nagios/Icinga or Check MK for network monitoring, OTS Help Desk for service supporting and LOGINventory/ OCS Inventory NG for inventory management.

i-doit is freely available at https://www.i-doit.org/ 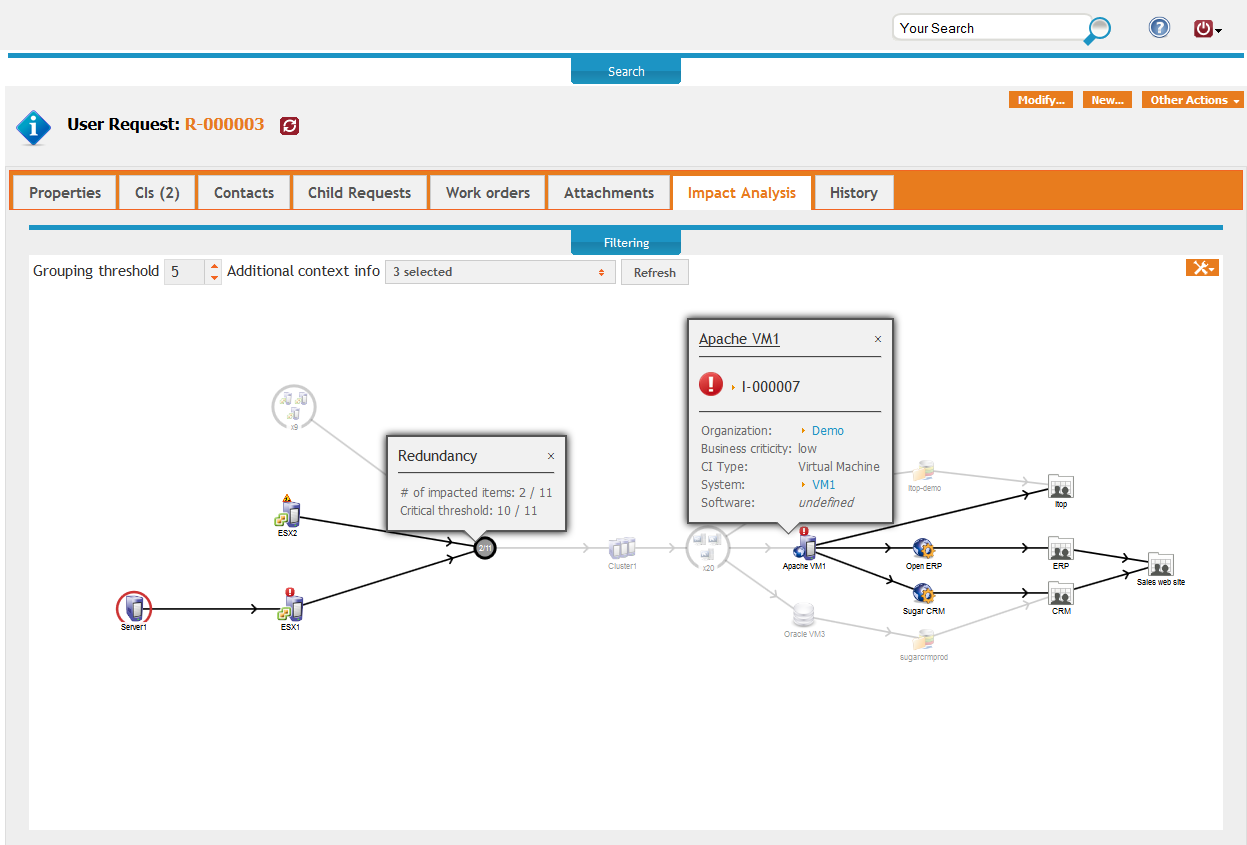 iTop is a free, open source, web-based CMDB software that creates a single repository of configurations for all of your teams. More than that, iTop comes with a helpdesk system and document management tool built-in, allows you to fully integrate it into your IT department.

iTop is freely distributed under GNU GPL v3 at https://www.combodo.com/itop-193 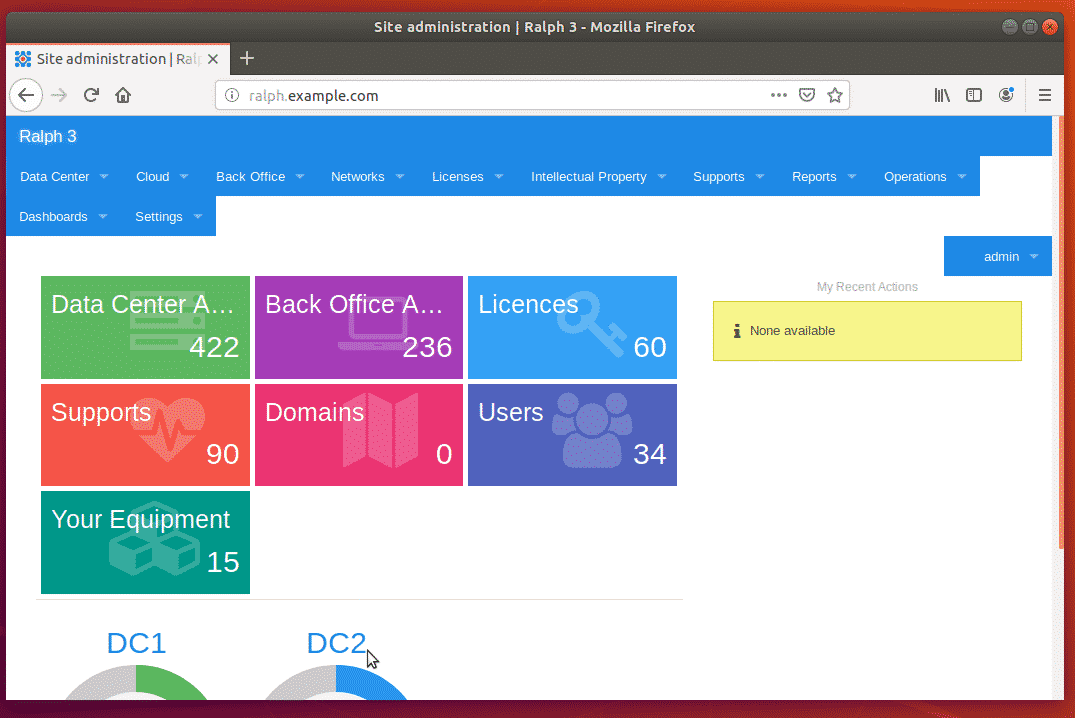 Ralph is an open-source, web-based CMDB that was designed specifically for data center and back office hardware. It was built with Django on top of Python 3 and distributed under Apache v2.0 License.

Zenos Core (Zenoss Community Edition) is a free, open source, web-based CMDB software written mostly in Python based on the Zope application server. Through its interface, Zenos Core lets you manage your inventory/configurations, monitor availability, performance and events in your IT department.

Zenos Core is developed by Zenoss Inc and freely distributed inder GPLv2 license. It relies on a number of open source components to function itself, including Python, MySQL, Lucene, OpenTSDB, Docker, D3.js, RRDtool, Net-SNMP, and Twisted. 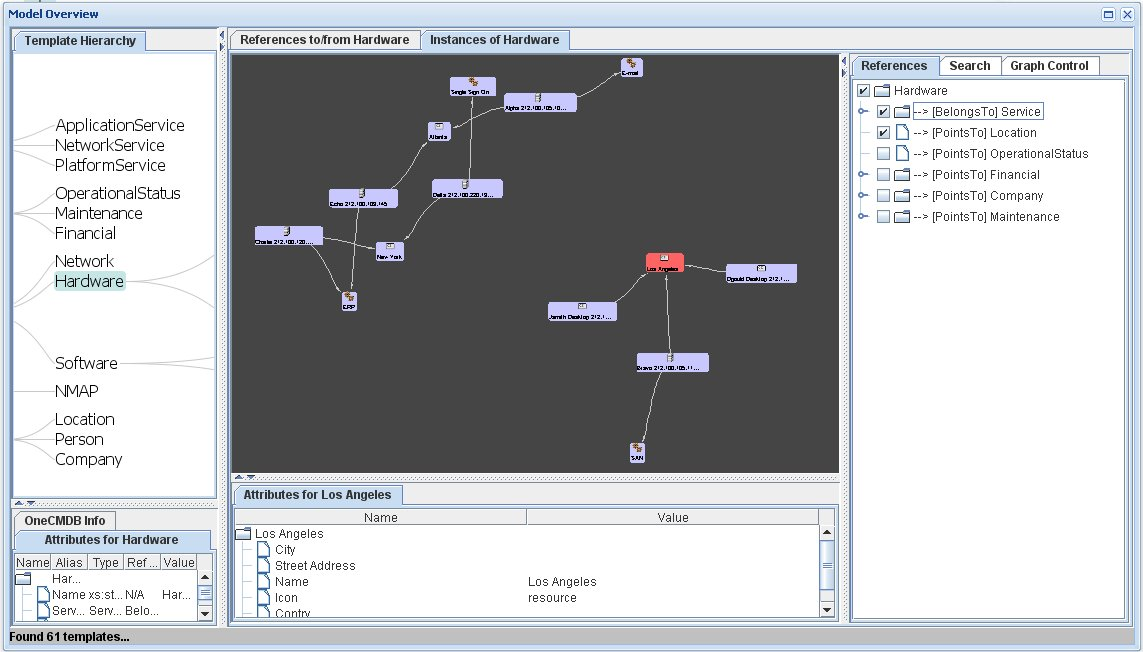 OneCMDB is an open source CMDB software primarily targeted towards small and medium sized datacenters. OneCMDB can be used as a stand-alone CMDB to keep track of software and hardware assets and their relations as well as the underlying management engine for other software suite. It supports major operating system, includes Windows and Linux, as well as Intel or Sparc based hardware.

OneCMDB consists of two separated components : OneCMDB Core is the back-end and OneCMDB Desktop is the web-based UI. Hence, it can be configured to allow more than one users to manage the system.

OpenCMDB closely follow ITIL (IT Infrastructure Library) best practices. OneCMDB has three main functionality areas: Import, Visualization and Export. Data that is imported is compared with the current content of the CMDB and presented in the OneCMDB Desktop so that the user can decide if it shall be imported or not.The content of the CMDB can be explored in the OneCMDB Desktop using graphs, tree hierarchies and tables. OneCMDB stores all data in a back-end standard SQL database. 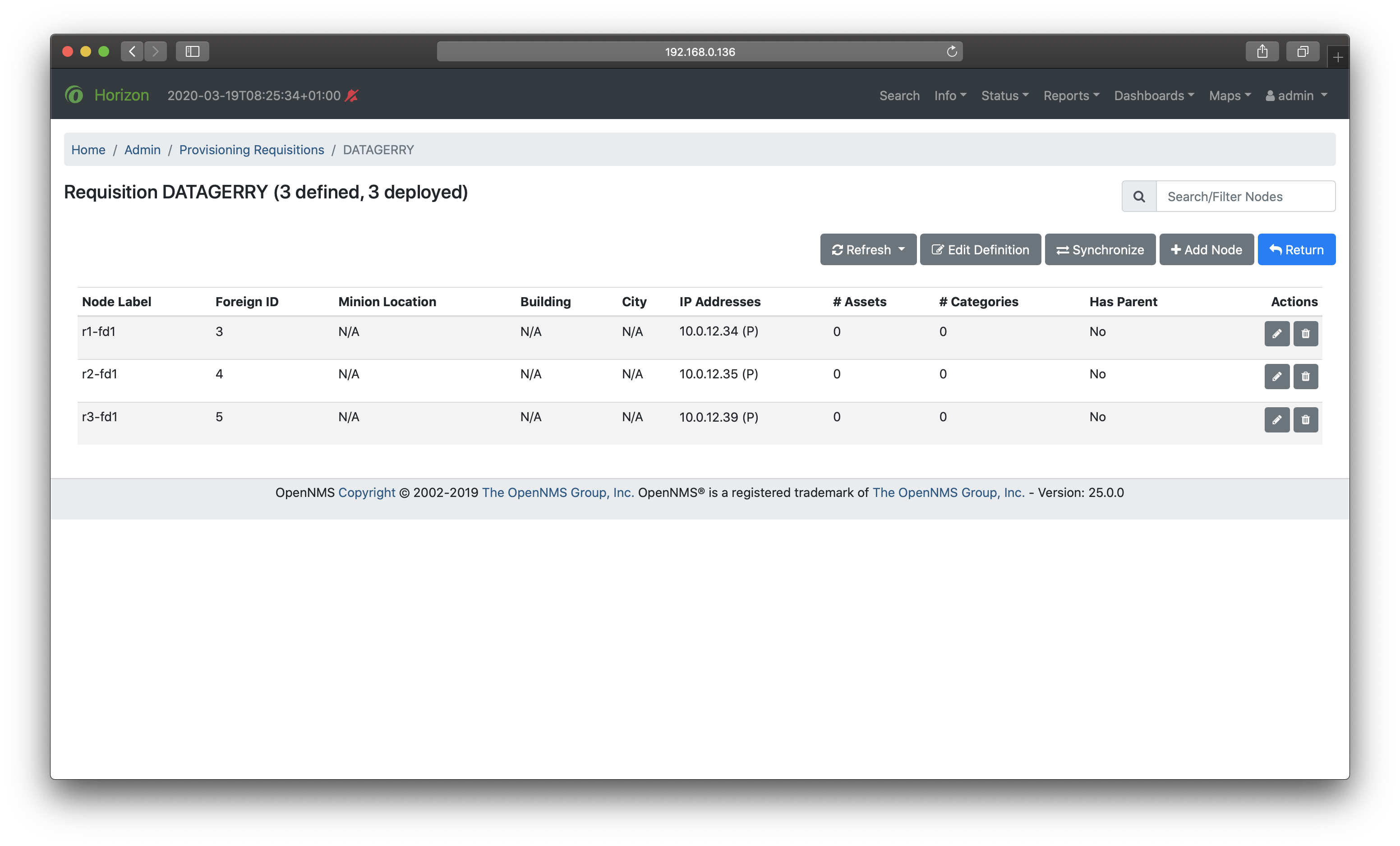 DATAGERRY is an open source, enterprise-grade CMDB & Asset Management Software, which stores and manages all informations about objects (i.e. servers, routers, locations, maintenance contracts), that are required for operating an IT infrastructure.

DATAGERRY is written in TypeScript and Python and is freely distributed under GNU Affero General Public License v3.0. Default configurations allows you to run DATAGERRY web-based user interface using the built-in web server, but one can easily replace it with Nginx to improve performance. In addition to that, you’re going to need to install MongoDB v4.2 or later and RabbitMQ to fully make use of DATAGERRY.

DATAGERRY can be freely downloaded at its official website : datagerry.com. The Source Code can be found at DATAGERRY GitHub Code Repository 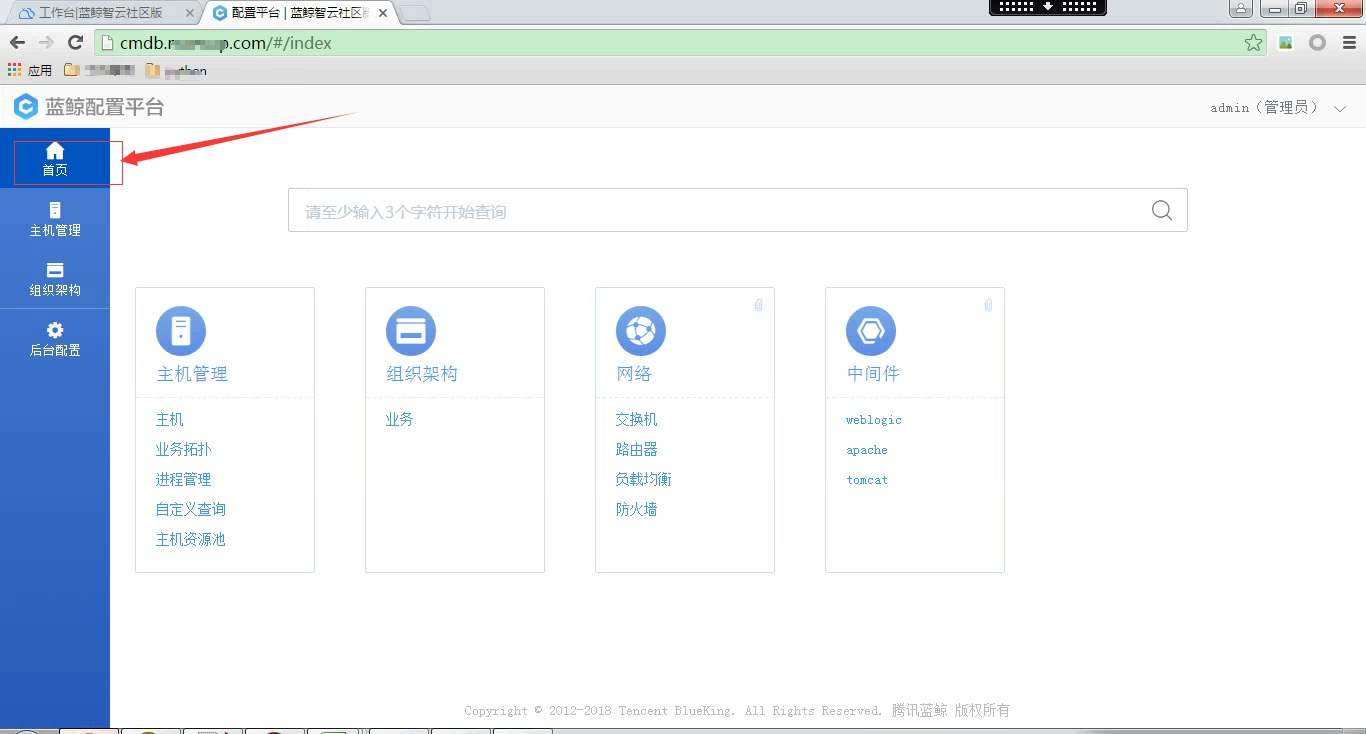 BlueKing Configuration Management DataBase (bk-cmdb) is an enterprise level configuration management service database developed by Tencent. It was written in Python using Django framework and mainly targeted towards the Chinese market. Hence, most of the documentation and interface are written in Chinese.

bk-cmdb provide users with a self define model management. Users can not only can easily expand the built-in model attributes, but also can add models and associations at any time according to different enterprise requirements, and incorporate networks, middleware, and virtual resources into the bk-cmdb. It also adds more new features that meet the needs of the certain requirement. For example: machine data snapshots, automatic data discovery, active push of change events, more granular rights management, and expandable service topology, etc.

More information about BlueKing CMDB can be found at its manual page and BlueKing Official Website.

We hope that you find the suitable open source CMDB that fits your specific requirements. CMDBs are important in IT decision making, offering users and businesses the ability to identify dependencies among processes, people, applications and IT infrastructure to find opportunities for change, faster resolution of incidents, fewer errors and more. If you’re looking for a NVR solution, consider reading our list of the 6 best open source NVR solutions. How to install Discord on Debian
How to install ncdu on Ubuntu
How to Install ROS Noetic in Ubuntu
Torch not compiled with CUDA enabled in PyTorch
brew: command not found - possible fixes
Bind terminal commands to VSCode keyboard shortcuts
How to quickly create a comment block in VSCode
How to comment out multiple lines in Visual Studio Code